Rewarded Video Ads have been a constant, dominating trend in free to play over the last few years. Starting with companies like Ketchapp and Futureplay, it became abundantly clear that games can drive meaningful revenue from video advertisements, and advertisers can find a captive audience in mobile players.  In the last couple years, Video Ads have reached a tipping point. No longer seen as superficial revenue on top of IAP revenue, designing for video ad revenue has become the dominant revenue growth area for free to play companies. Designing for video ads has allowed for innovation in the maturing mobile space that is much needed.

The rise of Video-Ad driven monetization has heralded in a new era within mobile game design. The casual segment has been dominated for years by the Match 3 Saga model with other casual categories struggling for meaningful revenue (ex. “with Friends” style games). Video Ads have opened up these categories because it monetizes on 100% of your user base. Instead of having to awkwardly cram in In-App Purchases into a casual title, developers can monetize off their active playerbase even if they don’t have a meaningful economy with anything to sell.

“The rise of hyper casual” it is called. Summarized here by Johannes Heinze of AppLovin:

The rise of hyper casual category is exciting because it goes counter to what traditional free to play games have been moving towards: massive budget, multi-year long productions that are getting riskier and riskier. Hyper casual games are innovative, quick to make, and easy to market when done right.

Gram Games is one of many that successfully capitalized on the hyper-casual trend. Games like 1010! And Merged were quick to make, yet clearly generate more than enough revenue to support the mid-sized Turkey-based studio (now with an additional studio in London).

Gram Games’ most recent launch is “Merge Towns”, a mashup of a puzzle and idle game. The game has peaked at #3 top free downloads in the UK, and is within the top 20 downloads in the US. This game clearly shows the latest innovation in the video-ad driven monetization space and is an excellent guide for newcomers to space. Not only does it have strong proven video ad integration, it also supports an innovative core gameplay. Let’s take a closer look.

Merge Towns at the purest concept level is a Matching game core combined with an Idle game economy.

The core gameplay mimics that of Threes! and Triple Town in that you attempt to combine multiple of the same block to upgrade the square.

You can see above how the core is built. You can drag and drop any piece on top of another piece of its kind. There are no restrictions like Triple Town or Threes. Placing the same tier of a piece (a small house) on top of the same tier will upgrade the house to the next tier (a piece with 2 houses). This carries forward and forward throughout the game, creating more and more intricate pieces.

Whereas the goal in Threes And Triple Town was simply to survive for the longest time possible, Merge Towns is more akin to an Idle game. There are no failure states, there is just optimization of progress. Your goal is to generate pieces — so you can combine them — to make better buildings — which generate more revenue — to purchase better pieces. The core gameplay moves like this:

1. The first step is about generating pieces. Players can do this by rapidly tapping on a button, or by waiting.

2. With the generated pieces, players combine them to upgrade them and make space for more land and new pieces to fall.

3. With the upgraded buildings, these generate faster soft currency.

4. With the soft currency, players can purchase better pieces directly

Overall the gameplay feels significantly more approachable and casual than Threes or Triple Town. For Triple Town, the restrictions on movement and the loss condition make for a far more difficult puzzling experience. Merge Towns feels much more like a new take on an idle game mechanic (ex. Farm Away and Build Away’s core gameplay which is deconstructed here). Instead of simply asking players to tap-tap-tap their way to progress, they’ve added a thinly more involved matching mechanic which feels satisfying to complete.

Players don’t even have to pay that much attention to the numbers, the core gameplay of simply matching the highest tiered object possible works well on its own. It’s not so much a puzzle as it is just a pleasurable action.

What this says to me is that the key part that works for the Idle genre is the metagame and the economy. Clicking over and over again is just a relic of the Cow Clicker days — to innovate in this genre it will be about combining the economy of and idle with interesting core mechanics which have significantly more interest than tapping over and over. Merge Towns executes on this.  Merge Towns appeals to a wide casual market while having the lasting economy of an idle.

To integrate the Idle economy with a new gameplay took some workarounds by the design team. If players can upgrade buildings on their own, what is the value of the currency generated?

Gram Games answered this by making soft currency the time skip currency. Players can purchase upgraded buildings directly with their soft currency, allowing them to make progress significantly faster as the economy naturally slows down with the exponential nature of the design. 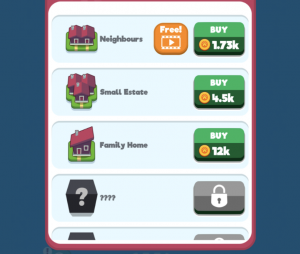 Players thus enter the store as part of the core loop, constantly aching to spend their soft currency to speed up their progression and purchase the highest upgraded buildings possible. It feels like an Idle economy, where I’m constantly making purchases to upgrade the rate at which I’m generating soft currency, but this feels very different. Something that all designers must strive for.

As time goes on, Merge Towns eventually opens up more tiles in which you can place pieces giving a small sense of Visual Progress. Your town can now get bigger and bigger. However, eventually, things do get boring as a usual idle economy does. Eventually the next major upgrade gets farther and farther away.

To keep players engaged when progress slows down most idle games use a prestige mechanic, forcing players to reset their progress in the current area. To make this appealing, games usually offer a permanent progress boost to the player, making their subsequent resets of progress allow them to get farther and farther in the progression. Merge Towns breaks this formula, and instead opts for a more heavy-handed design. 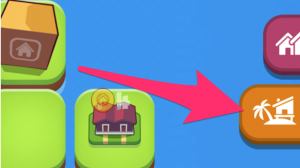 Eventually, new tabs open up on the right which introduces the player to new areas of the game. This offers up an entirely separate town to build up. Their soft currency is completely different, so progress in the first zone does not help at all to progress in the second zone. This is a far break from their idle game roots.

This design decision has some pros and cons.

On the one side, it feels casual because I don’t actually lose any progress — my initial town is still running and I can still keep upgrading it. All the visual progress that I’ve made upgrading my buildings is still felt. It removes the punishing feeling that most idle games can have.

But in essence longer session length is what Gram games want. The longer their sessions — the more players stay within their game — the higher their Video Ads watched per DAU. Restricting session length too much actually isn’t in Gram Games favour. So Gram Games made the right design decision, as long as it doesn’t translate into exhausted players.

Advertising strategy always revolves around getting the highest possible adoption and driving as many completed video ads viewed per DAU. More on this in our previous article.

For Merge Town, because their economy is so based on the Idle economy, they didn’t have to reinvent too much. Merge Town mostly takes cues from the dominant idle games like Farm Away and Build Away. However, they do make adjustments to make them work with the core merging interaction.

There are 4 key integrations of Video Ads:

Each time a player returns to the game they are greeted with a choice. Watch a video ad to double the soft currency generated while they are away, or lose out on this deal. Just as we’ve written about before, this is a no-brainer. 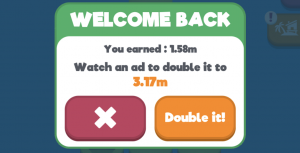 Throughout the game, there are also smaller rewarded video ad integrations which allow the player to upgrade a given reward for the cost of watching a video ad.

These integrations are great at driving quantity of views, since players can utilize them throughout a session without restriction. In most games offering video ad rewards like this without restriction isn’t possible, it floods the economy or gives too much progress away. However in Merge Town, because the economy scales exponentially, a small boost like this actually doesn’t really dent the overall economy. 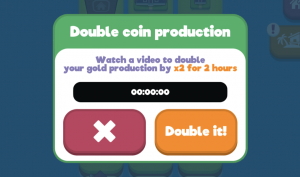 Similar to Build Away and Bit City (deconstructed here), Merge Towns gives the player the opportunity to double their overall coin production for an extended period of time for a video ad watch. This drives adoption (it’s an incredible deal) but is weak on quantity of video ad views due to its limited nature. This is also more likely for session design over monetization — giving players a compelling reason to come back to the game every 2 hours.

Lastly, Gram Games also has Ads forced upon the player when doing certain actions. When entering the shop (which happens multiple times per session) and sometimes when moving between zones (as you progress this happens more and more) you can be presented with a skippable full screen ad. They definitely are annoying, especially since they seem to appear randomly (most likely due to fill rates from advertisers).

Why would Gram Games opt for such a strategy? Isn’t rewarded video ads always better than forced?

This is most likely a strategy to drive the strongest revenue from players that won’t last forever. Merge Towns is a fun game, but it certainly won’t have the same staying power as traditional free to play games like Gardenscapes, Galaxy of Heroes or Clash Royale. But Merge Town doesn’t need to be like this. Not every game needs to be a 3 year epic hobby with clans and guilds. Which is why many of these video ad driven games are refreshing and are easy to market. They have instantly gratifying mechanics that most traditional free to play games wouldn’t utilize. Their design is simple making it easy to pick up and play compared to most free to play games.

On top of this, it allows Merge Town to monetize off the “No-Ad” version. Purchasing a In-App Purchase will remove the annoying ads, making their offers even more enticing for the power players.

So Gram Games’ embraces their shorter retention curve by their aggressive ad strategy. While it does no favours for their retention, they made a calculated trade-off between retention and revenue. If you know players aren’t going to be here a long while, retention isn’t king… revenue is.

By having innovative, instantly gratifying core mechanics, Merge Town has made a game that feels immediately new and different. This game must be easy to market.

By connecting it to an idle game economy they’ve built a game that can last, and drive meaningful integrations of video ads for sustainable revenue. 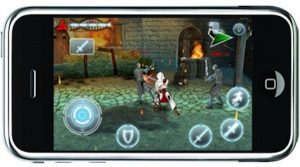 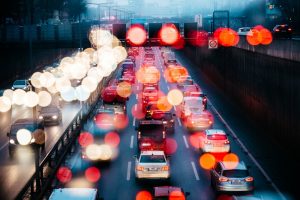