Design
Essay Sections:
#1: Players can see a long grind ahead of them#2: Players are not aware they need to grind#3: Grinding is not expected

Content pacing is the core of proper long-term retention in free to play. In order for players to stick around for months and years, you need to ensure that they are consuming your content at a pace that is healthy. A Free-To-Play designer’s main responsibility is to maximise the player’s enjoyment using the minimum amount of content necessary. In order to do this, many games try to influence the player to replay the same content over and over again. This has coined a term in free to play: “Grinding”: when a player repeats the same content or level many, many, many times in order to uncover a reward.

This has been embedded in gaming since the Arcade. Each time a player played an arcade game, they had to play through all the same content over and over again. They played that same content until they finally progressed farther than they had before. In this way, the early game content was played over and over again hundreds of times, but the late game content was an achievement. For developers, it meant that they could create a relatively small amount of content, ramp up a difficulty curve and this would gate players effectively from reaching the end of the game too quickly. 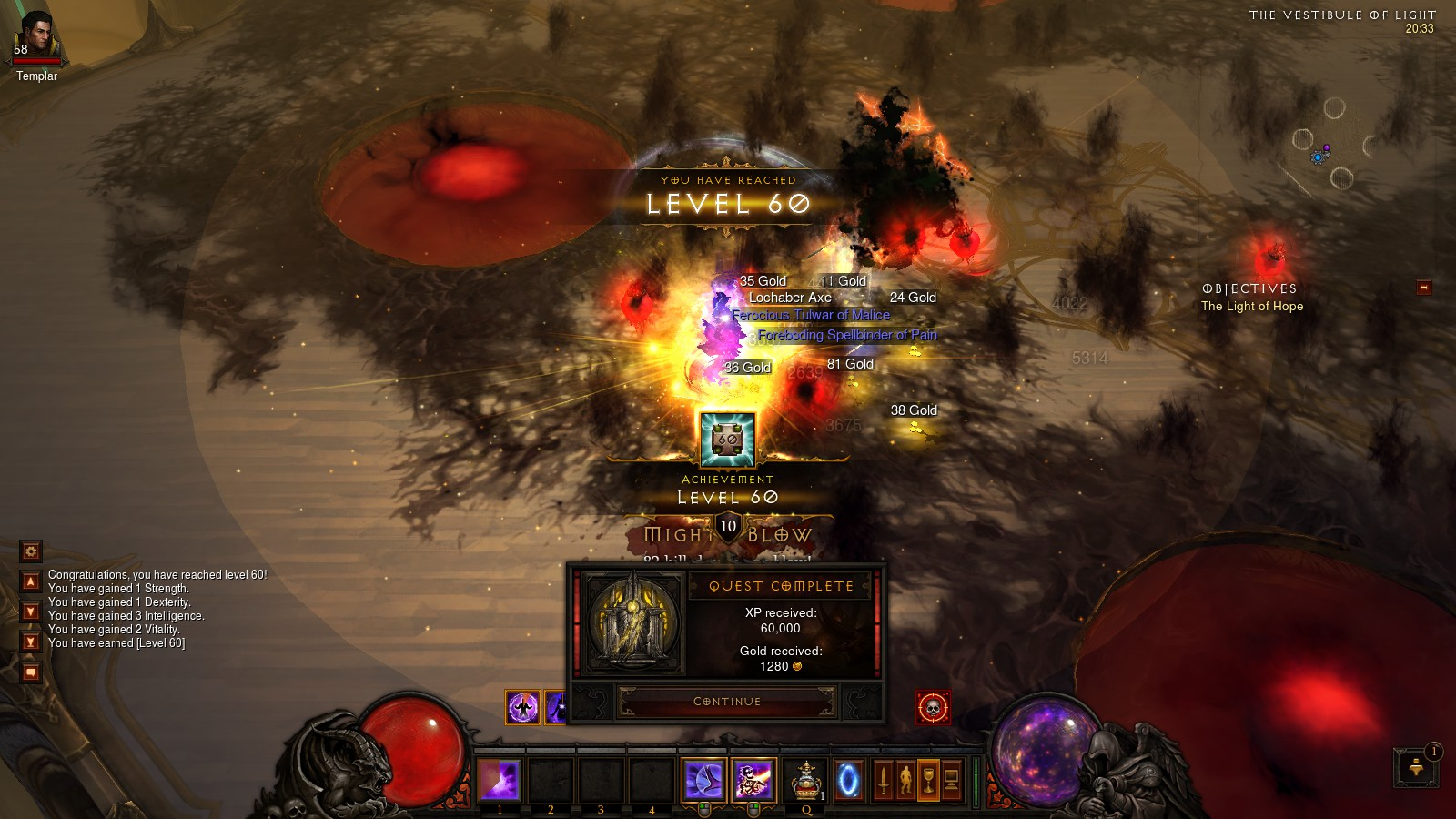 How does Diablo 3 get away with endless grinding?

During this current era of games, some games just get away with incredibly repeatable content. Diablo is the perfect example. Players are happy to play and replay the same levels, the same bosses, the same content over and over and over again to search for metagame goals. Players seek to find the best loot, build up the best gear, to defeat impossibly balanced challenges in the late game.

But when coming up with new game designs for Free-To-Play, designers can hit issues when trying to stretch out their content. When designers start asking players to repeat over previous content, players always push back.

Why do I need to play through things I’ve already beaten?
Why can’t I just push ahead?

Players start leaving the game because it feels too “grindy”. Or some players believe the difficulty is beyond anything they are capable of because they don’t realise they need to grind to beat the boss. Players see behind the veil and realize that it’s “play this old content for x times or pay” and instead, they choose to leave. For good reason: your system is not interesting or exciting.

There are three core issues that I find can easily be fixed to make grinding more expected:

#1: Players can see a long grind ahead of them

The negative feeling of a grind comes in when a player believes they know exactly how many sessions they will need to play in order to progress. This is usually the precise moment when most players pack up and say this game is too tedious. It’s true: This is when the game becomes a bore. Players are just going through the motions to get an extrinsic reward (ex. currency, item, etc).
To fix this you need to add luck to your progression. Ensure the player can not fully see the time required to progress. Players should always feel a bit of hope: with a bit of luck and some skill, they can progress quickly over the next checkpoint.

To add more luck to your progression systems it’s about adding randomization to your rewards. Create a loot system. Allow the player to randomly get items which speed up their progression (ex. better weapons, better perks). Ensure the player is exposed to this system early and often. This will allow them to gain hope that the grind (even if long) could get much faster at any moment. The more they play, the higher their chances are that they get lucky and progress fast. This also becomes a moments of pride for the player — they are very likely to share their story with other players if they feel they are “cheating” the game by finding rare loot that no one else has. 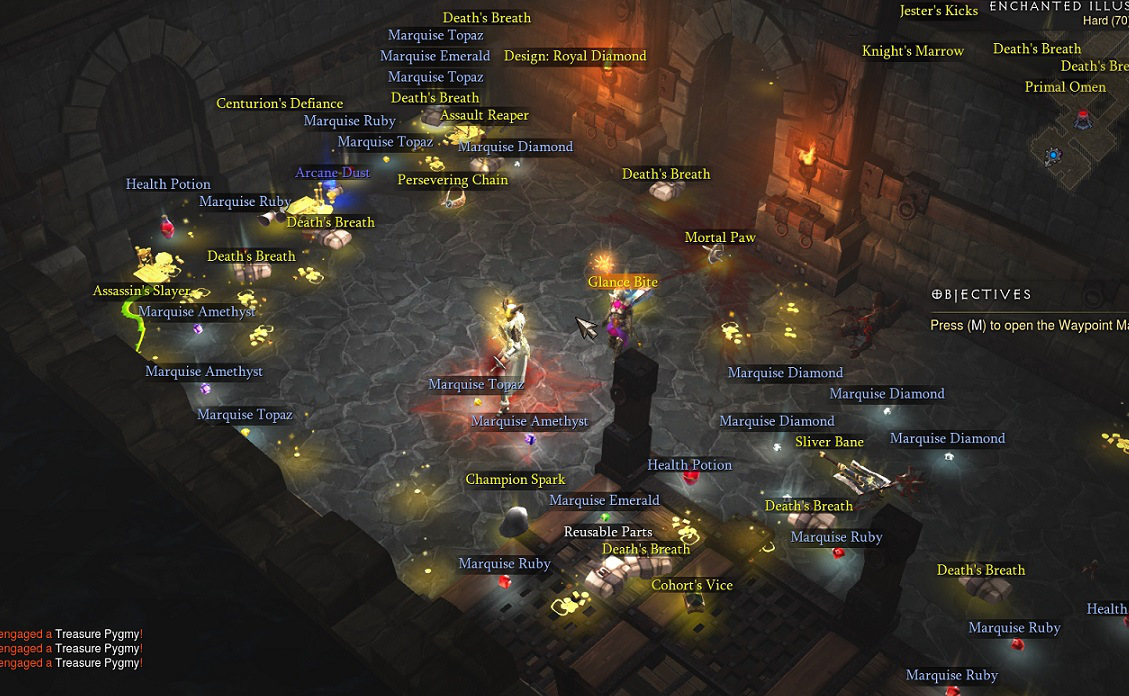 Adding Loot systems, like Diablo 3’s, is a great way to randomize a player’s progression speed.

There are other ways to make progression more exciting. You can also randomize the sources and sinks of your currencies more. If a building cost fluctuates (goes on sale during the week) then players will progress quickly and feel smart for taking advantage of a one-time offer.

Randomizing reward amounts (ex. randomly giving large sums of currency in a round of gameplay) can make the player save up and hope for a lucky round that will really push their progression forward quickly.

If the player can’t see their progression pace so easily, they will hold on to hope that their luck will change. They will feel really smart when they’ve finally collected an epic weapon. Most importantly they will continue to return to the game because the game does not feel like a grind.

#2: Players are not aware they need to grind

Most free to play games put a lot of emphasis on stats. When a player attempts a difficult level, their results depend on whether they equipped good enough gear and how well they played. In Clash of Clans, the whether or not you raid the base depends on how high your level of invading troops are as well as your ability to pick where they start.

Clash of Clans has a balance between Stats and Skill. Placing players in the best possible way won’t guarantee victory unless you’ve got the best troops.

But for a player, figuring out which one of those two was incorrect at the end of a level is very difficult. Did I just not upgrade enough? Or was it where I placed my players?

Some games make this equation really really opaque. Players can’t tell whether they need to upgrade more, or if they just pound away at a level they’ll eventually beat it. This can result in frustration in two ways: players endlessly attempt a level in an effort to beat it when they clearly can’t. Or they believe their skill has no impact and leave the game because it’s too rigged.

CSR and Deer Hunter have attempted to fix this with giving indication before the battle: make sure players are aware that their skill level needs to be very high to win this race, and show that as they upgrade these bars go down. This effectively separates the skill vs stats showing the player before they’ve even played what the chances are they’ll win. Allow the player to bet on their own skill, but give some transparency into how much of the result is actually dependent on their skill!

#3: Grinding is not expected 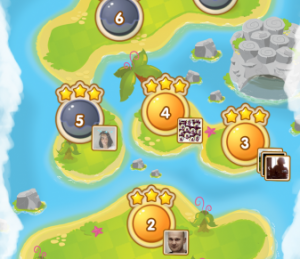 Jelly Splash progression is very simple — beat the next level. Jelly Splash has no stats in its progression. It doesn’t need grinding. Why? Because it has so much luck in the level design that players are happy to play the same level over and over and over again in order to beat it. Players are content to grind the same level because of near misses. Players are happy with this — the world map (or Saga map) gives them such clarity as to their progression that it works.

But Saga maps aren’t okay for every game. Players have played with these maps for long time, back since Super Mario on the Nintendo. A World map’s primary purpose is to show off your achievement of progress, and show you how far you need to go. Going back to previous levels? Why would a player ever do that?

Yet in many mobile games, this is how it is done. They provide a world map, and the only way to progress was to grind on the previous level enough times until you had the necessary gear to move forward. This is the only choice, and it gets tiring quickly. There has to be a better design than this.

Again, CSR was the pioneer here. They realised that a world map sends the wrong signals to players. If the only choice your world map is providing is whether to go for the next level or grind the previous level, then you really have too simple of a choice. Instead CSR opted for this view: 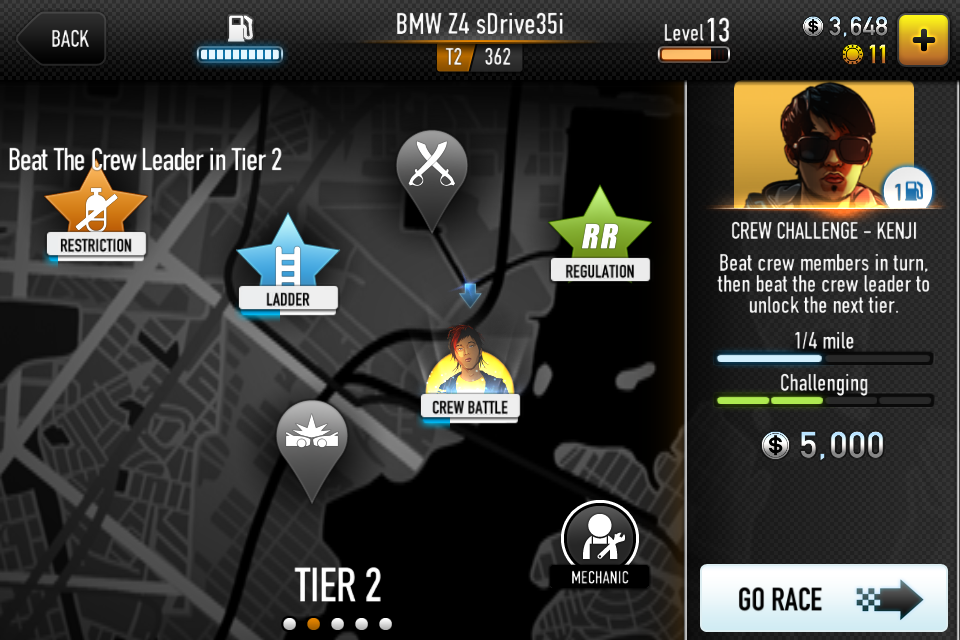 By making multiple modes the focus on the map, CSR has made grinding expected.

The key here is that players have multiple modes with different risk/reward which they can choose from. Players can choose based on their skill and their sessions how to optimize their grind. Players can feel smart about the choices they make. Bosses are only one of many options on the map, rather than the full focus of the screen. So players now expect that they will have to race in other modes before they are fully ready to take on the boss. If grinding is expected, then rethink your map design.

In the end players will have a proper expectation of your game. They will start making choices to optimize their grind and feel smart about it. When players feel smart about choosing to grind, then you’ve solved the grinding problem. 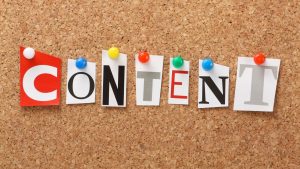