Design
Essay Sections:
1. A prize every time2. Completion is a reward3. Exclusivity, rarity, and power4. Waste not, want not5. Be upfront, respect your players

Recent weeks have seen much debate and controversy around the subject of Loot Boxes – randomized rewards are given to players in exchange for hard currency. Particularly in premium games, players feel ripped off if they have to pay to progress or to be competitive in P2P – especially when they don’t even know whether the box they’re paying contains something worthwhile.

In most markets, the concept of ‘pay to win’ is not acceptable, and players need to feel they can compete or progress whether they choose to spend nothing, something, or a lot. At the same time, those players who do choose to pay need to feel that they’re getting value for money – there’s nothing more dangerous to your game than paying players feeling short-changed.

We’ve recently beta launched Dragon’s Watch – a tactical battle RPG for mobile. It uses the collection/gacha/fusion system seen in many Asian and, increasingly, western games. Players spend either soft or hard currency to summon new heroes, which can be fused and evolved before taking them into battles.

The roots of the gacha system can be traced back to collectible trading cards – I remember, as a child, collecting Panini football stickers, despite having zero interest in sport. Why? The excitement of collecting, trading, completing sets, getting hold of a rare, metallic team badge made the hobby worthwhile to me, despite having no interest in the subject matter. In the digital realm, we can go further to make sure players always feel they’re getting good value.

We’re still at the beginning of our journey with our game, learning each week what players do and don’t like. We know there’s a huge amount more we can do, but below are some of the key pillars we’ve built our game on and lessons we’ve learned so far.

1. A prize every time

We put a huge amount of time, effort and love into creating beautifully animated characters, with their own backstories, stats, and skills. Each one is unique, both in appearance and gameplay and, hopefully, collecting one gives value to players over and above their use in the game. We love to see our players proudly curating and displaying their hero collections (just like in the video below, where one of our loyal players does a gacha and is rewarded with a really rare event hero first time – which he totally wasn’t expecting), as much for the artwork as for the gameplay value.

2. Completion is a reward

Football stickers work well as a collectible because players are naturally organised into teams. Completing a team is a much more achievable goal than completing an entire sticker album – if the only goal is completing a near-unachievable set, then players are bound to get bored quickly. We split our heroes into themed sets – some small, some big, so players can frequently get the buzz of completing one.

It’s important to distinguish between rarity – how likely a player is to summon a certain hero – from power – how strong that hero is in play. If the rarest characters are also the most powerful, you run the risk of making players who don’t get them feel their gameplay experience has been compromised as a result. 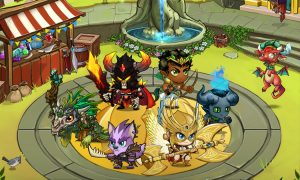 Similarly, we periodically run live events where a new hero is introduced, that can only be summoned during that event. Again, if that hero is overpowered, players without it will be at a major disadvantage – which is neither fun nor fair. If you’re making a hero extraordinary in one way, that needs to be balanced with some corresponding weakness. In this way, those players who choose to pay, and so to collect a broader set of heroes don’t end up with a more powerful squad, rather a more flexible set of heroes to build with, giving them more tactical and strategic choices in play.

It’s inevitable that, in a random system, players won’t always get the item they were hoping for – the excitement of summoning a rare hero relies on that rarity being real. Collecting football stickers would be no fun if you just bought whatever player you wanted, and filled up your album accordingly. The ‘game’ is all about chance. Try playing Monopoly or Cluedo without a dice and you’ll soon realise that the random element is what makes many games fun.

While a duplicate football sticker can be traded with friends, the nature of variable rarity always means players all end up with the same second division players, and nobody to trade them with. Digital goods can be traded with others worldwide, or somehow used in game to give players good value even when they’ve received something they weren’t hoping for.

The fusion system allows players to fuse unwanted heroes into preferred ones, leveling them up to be more powerful in battle and, eventually, ready to evolve into a new type of hero. Recognising that players would be particularly disappointed if they receive a hero they already own, we make that leveling up extra generous if you fuse two heroes of the same type together. In that way, even the most disappointing summon (getting something you already have) gives you an additional benefit, giving each cloud a silver lining.

5. Be upfront, respect your players

Apple recently updated their terms to require developers to make clear the odds of receiving randomised items. We publish these, both in game and on our wiki and Discord channel. The nature of completely random drops is that some players will get what they want immediately while others might keep summoning and never get there. 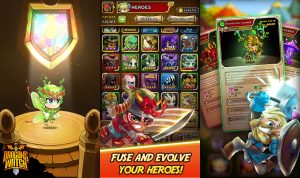 Inevitably, despite publishing the odds and trying to make every purchase feel worthwhile, the occasional player will conclude the game is fixed against them and complain – what we’re seeing from our early players is that enough people do win the heroes they’re looking for to rise to our defence anytime someone feels the tables are stacked. All you can do here is be upfront and honest about how the game systems work.

We’ve been surprised by just how clued in players are about these things – they know more about the drop rates in our, and competitors’ games than we do, and are quick to point out not only where they think we are being too aggressive, but also where we should be charging more/giving less in order to keep the balance between happy players and a viable game economy.

This is just a glimpse into some of the most potent points that are top of mind following the beta launch of Dragon’s Watch – a list we can expect to swell further in the coming months. You never stop learning, which is why any resource like Mobile Free to Play that adds to your library of knowledge is worth its weight in gold. 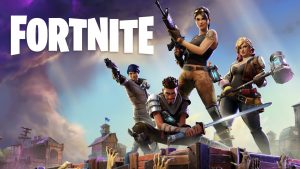 Deconstructing Fortnite: A Deeper Look at the Battle Pass 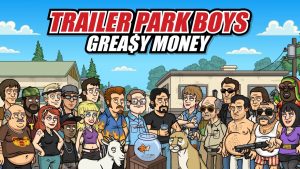