Starting a new game is a daunting task. You operate in a design vacuum. The possibilities are nearly endless. The chance of failure incredibly high. Logic and reason of what games make it to the top is alchemy, and mostly just biased observations. Coming up with what the next hit game will be is a bit like throwing darts while blind.

From years of starting projects from square one, I’ve found a process that works for me. A process that helps me get off the ground quickly and moving on an idea that can work in the market. The process is mostly adapted from “The new business model canvas” as well as many Lean and Agile Product Vision processes.

Creating a new game is about firstly identifying a potential market, then building empathy for that target audience, using the empathy to design a concrete definition of your product, and then testing this vision as quickly as possible with real end customers. This vision will drive the development of your game.

To even begin, you have to start from some inspiration. 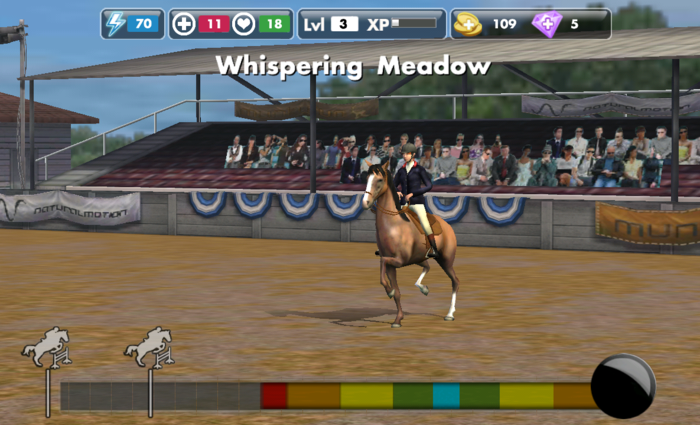 Natural Motion’s “My Horse”. A game that is targetted towards fans of horse fans of all ages. A blue ocean for the App Store.

My strategy is to find a blue ocean. Find a market, a niche, a genre, a player type that is currently under-serviced by the top grossing games.

Natural Motion has spoken multiple times about this approach to their games. My Horse, CSR Racing and Clumsy Ninja are all masterful games that were targeted at blue oceans. When My Horse was released, many of the games that were targeted towards horse fans on mobile were unpolished, 2D, and a terrible experience. Natural Motion came out with a product that really hit what this market wanted: realistic 3D horses. Players can pet them and watch the horse react realistically. They could care for them, and even pick up their shit. Exactly what fans of horses wanted!

When working out of XMG Studio in Toronto we were a very small, indie developer. We knew that we couldn’t fight for market share against the larger developers in crowded genres. Instead, we chose to focus on niches that we felt we could hold on to : Car fanatics and Fashion. We created Drag Racer which held the mobile racing market very well from 2009 – 2012 as well as Fashion Star Boutique which remains one of XMG’s top grossing hits. They were hits because we operated in spaces that many of the bigger developers wouldn’t. We could sit on these games and carve a large market share for the small niche with ease. Aiming for these blue oceans is a viable strategy, especially for indie developers. 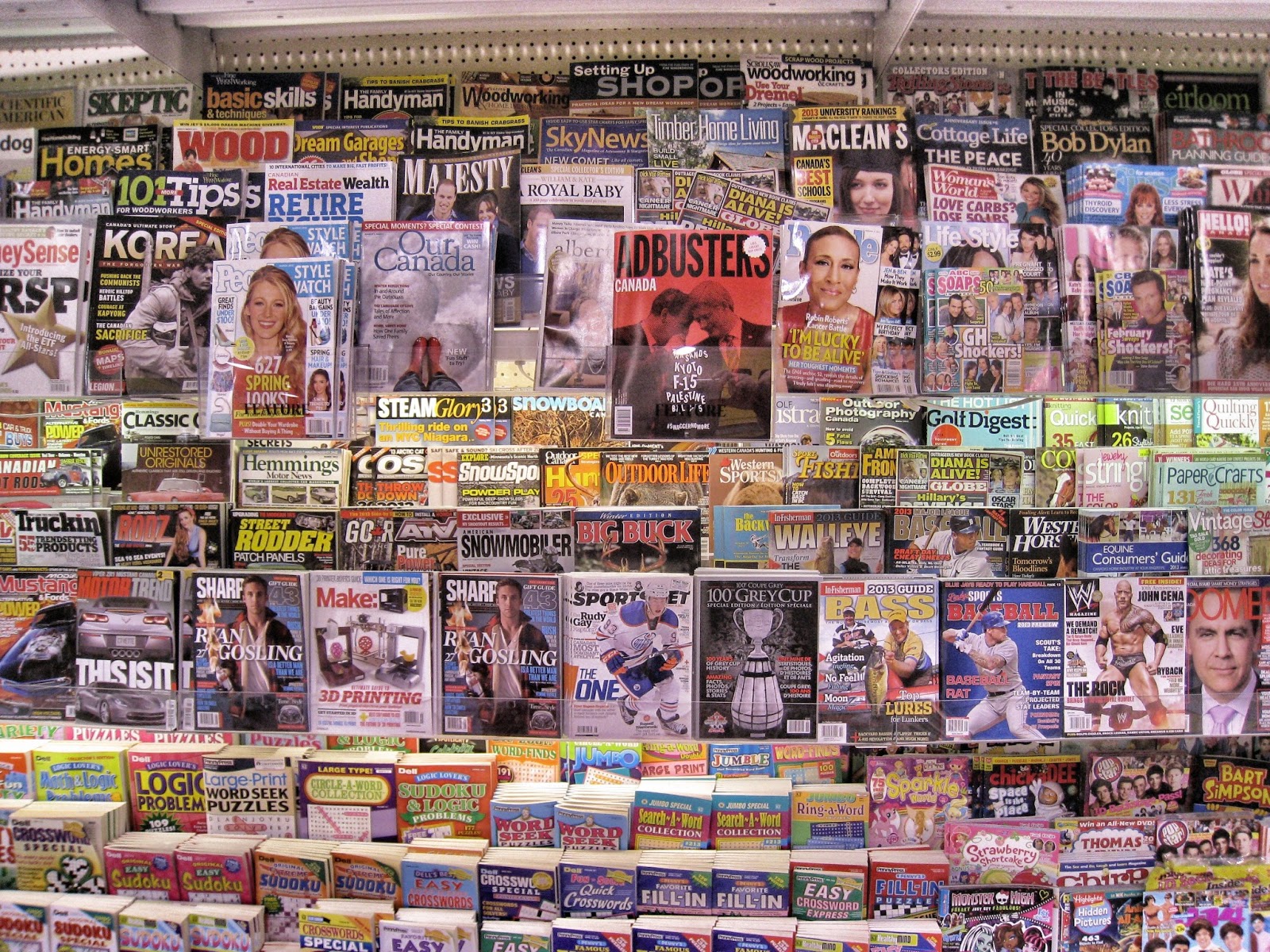 Magazine racks are excellent spots to do research. What niches are here that current games aren’t targetting?

Blue Oceans can be found everywhere. Even in this crowded mobile space, looking down at the Top Grossing try to identify genres, themes and playing styles that are currently not serviced by these games. Can you create a mobile game that services this genre?

After you’ve selected a genre, It’s about getting into the mindset of the customer. Understand why certain games in the genre failed, and why others succeeded. Play a ton of games. Write everything down. Plot points of reference on a graph and truly understand what defines this genre. Define what base feature set customers need in order for the game to be successful. Research how some games have exceeded player expectation and some games that failed to meet it. 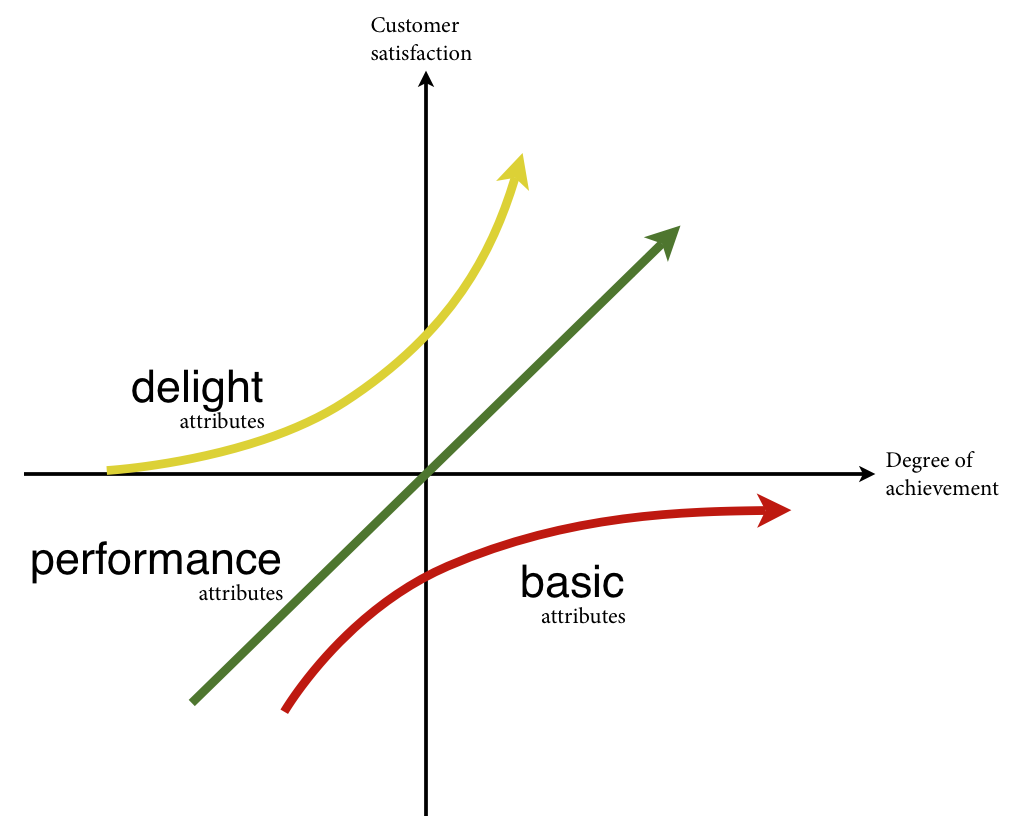 The Kano plot is excellent for plotting features and figuring out the minimum requirements for a genre. As well as brainstorming how you can exceed their expectations.

Most likely, this genre isn’t your personal first choice. Some independent or successful game designers can design games that are essentially for themselves. They use their own experience and knowledge of the genre to design the game. This isn’t possible for all developers. When the target audience is not yourself, you need to do effective market research to truly know how to design for them.

In the early days of Zynga, it was customary that new hires would work in the customer care area of the company. For their first weeks, they would be answering phone calls from disgruntled customers. Whether intentional or not, this gave many designers a stronger backbone in designing games for this audience. Listening and hearing the wants and desires of their players allowed them to build empathy and step into the mindset of the players they would be designing for.

That is why it is important to have conversations with your target players. Understand why they play the way they play. Understand what they enjoy about the genre, but more importantly — discover why they don’t play. Why do they churn from games. What would it take for these players to leave the top grossing games? Even the most popular ones — whats the reasons why players leave this game? Identifying the chinks the armour — the areas which players hate about that game is your first order.

In the beginnings of Style Studio and Fashion Star Boutique, two games in the Fashion Design genre, it was important that we went out and talk to actual players/fans. In the case of Fashion Star Boutique, we even hired a full time Fashion Designer to help with designing the gameplay, designing the UI, and picking out all the items that players could customize. In the end the product really showed its authenticity.

After many, many conversations with players of your game you’ll start to notice patterns. Players of the genre will be demanding certain things about their next game. They will have annoyances, certain aspects that they don’t like, or just general fatigue in the way things have always been done.

To start creating pillars, take some of this feedback and focus on a few points you feel the audience would really be excited about. What if Clash of Clans had more depth in the battle? What if Candy Crush had alternate methods so you could get past those levels when you were stuck? 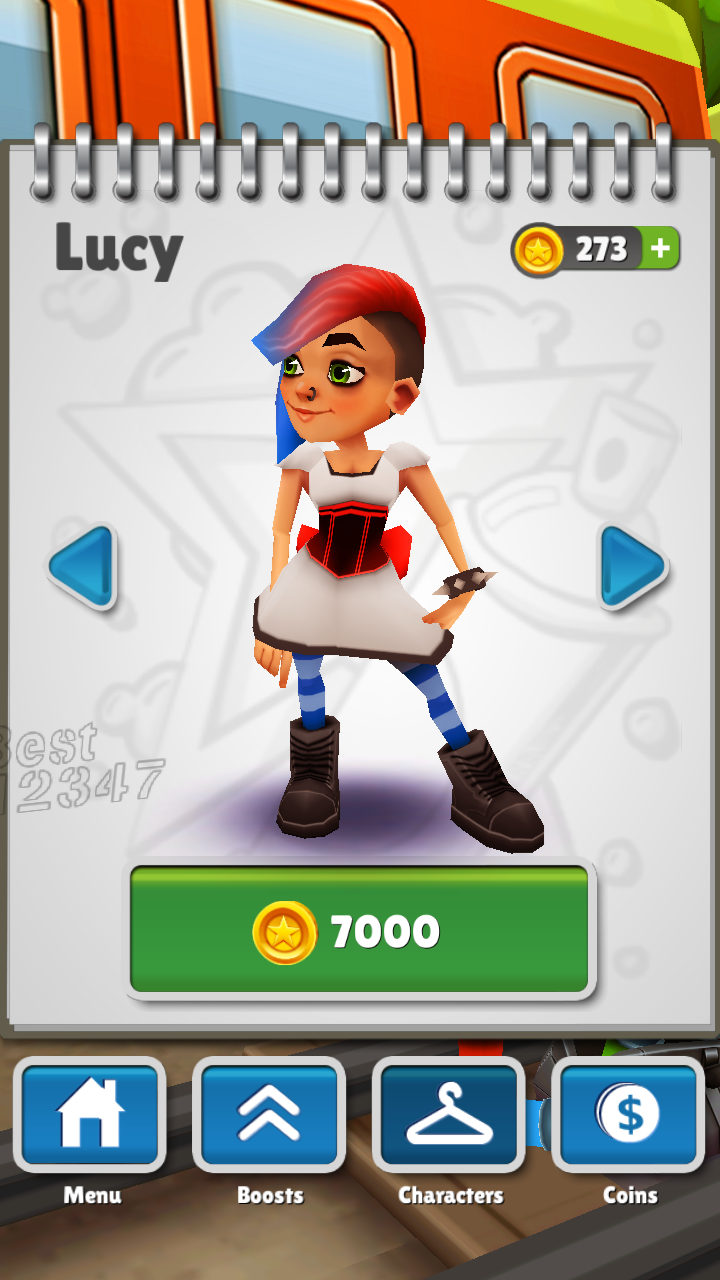 Endless Runner genre is full of design decisions that player’s don’t like.

For example, after interviewing a ton of fans of the Endless Runner genre (Temple Run, Subway Surfers), we started to see patterns about why many players dropped out. Many players complained because the beginning of the round always felt slow and the same. Advanced players would have to wait until the game got fast enough before they were challenged. Other players complained of seeing the same level over and over again. Players that left the genre complained that the game was too punishing: hitting one obstacle and getting knocked out was exciting, but felt like they got knocked out before they could understand the game.

Taking these 3 points of feedback, and playing a lot of OutRun 2, we decided that maybe we could take a different approach to the Endless Runner market. We transformed the game into an endless racer instead of a endless platformer. We focused on speed, not on avoidance. The game became about optimizing your speed to get to the next checkpoint (like OutRun 2) instead of just staying alive for as long as you can. We added mechanics like a close call system, which gave advanced users reasons to push their luck throughout the whole round. The beginnings were no longer boring, players no longer felt as punished, and we cycled new backgrounds in as the player upgraded to show progress and ensure players felt like the game was always new. 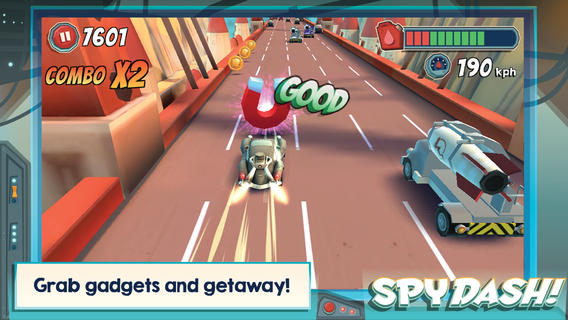 Our racer game came from focusing on addressing 3 key pain points players had from Endless Runners.

These innovations were created as pillars right from the beginning. We developed the game specifically to hit this points of feedback. This drove us through production and kept everyone on the same alignment.

Hearthstone is the great example of excellent pillar creation. In this GDC Vault talk by Eric Dodds, he articulates the importance of Pillars in Hearthstone’s creation. Specifically, he mentions certain pillars that you can really see came across in the design : 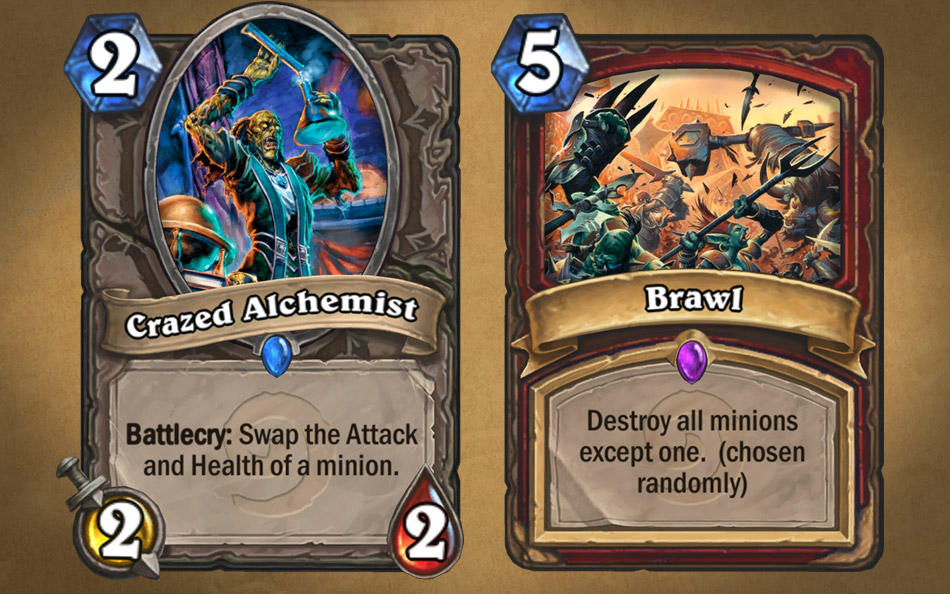 Hearthstone serviced a need of Trading Card Game (TCG) fans. They focused on “fringe” card game players that love playing TCG, but could never handle the complexity of Magic. With this focus, they managed to captivate a crowd that has always been turned away by games like Magic. These pillars defined what exactly the final game must feel like in order to be successful. They succeeded, and according to Eric, it had a lot to do with sticking with these guiding pillars throughout production.

When you have pillars, you have a strong vision for the game. Now you need to create a working prototype as quickly as possible.

You can start on developing a prototype, but this takes too long. Instead, focus on creating simple sketch mockups of key screens in your game as quickly as possible. Do whatever you can to articulate the exact vision you have for hitting those pillars.

How will the game look on device?
Can you articulate the unique aspects of the game in just a few screens?
Are the changes you are making exciting enough to your target audience?

If People aren’t excited when they’ve seen your sketches and discussed the product, they never will be. So iterate on the sketches, brainstorm about more innovations and get more feedback. Many times this will take weeks before an idea really fleshes out, and more often then not, your first idea sucks. That’s fine!

The key to building a hit game is very similar to building an app or a business. It comes down to identifying a market need and servicing that need with a new game design. Even in games players have needs (or maybe wants) about what a new game they would be willing to play would be. Identifying large or small blue oceans is the first step. Making sure that there’s a market gap wide enough that by the time you get the game finished — the competition won’t be already swallowing up all of the market share. From here its about truly empathizing with this audience — recognizing what needs this audience currently does not have serviced. I

s it that the current genre options are polished or aesthetically pleasing like CSR or My Horse’s path to success?
Is it that the game design is just too complex for mobile gamers to get into like Hearthstone’s path?
Or maybe its as simple as the current offering just doesn’t have systems that draw players in for the long run, like Endless Runners.

Recognizing these needs, then solidifying them into pillars is the best way to start a new project. 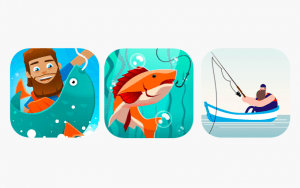 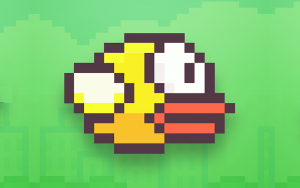