Top Posts
Essay Sections:
HyperCasual is a business model, not a genre.2015-2019 for HyperCasual GamingNew Game Releases have peakedCompetition is fierce in 20202019 the year HyperCasual sustainedPredictions for 2020#1 – The Top 100 charts will continue to contain 1 in 5 HyperCasual games each month#2 – Niches and Mechanics will combine further#3 – Ad Monetization must get smarter and more native

HyperCasual is a perplexing genre for many creators of mobile games. When you download a game about Ironing, Coloured Sand or WaterSlides you wouldn’t expect them to be the most popular games on the store, downloaded up to 20 million times in a month.  The simplicity of the titles and the scale of audience is both shocking and inspiring. HyperCasual as a market has grown from strength to strength over the last 3 years and for all the naysayers that the genre has peaked and is now in decline, I say “Simplicity is the ultimate sophistication.”

In this article we will investigate how that market has grown and potentially where it will continue in 2020. If you want to read more about the Mechanics of HyperCasual or How Voodoo dominated the category in 2018.

HyperCasual is a business model, not a genre.

The greatest trick HyperCasual ever pulled was convincing the world it was a genre. It is in fact a business model.

A hugely successful business model at that. I would define a HyperCasual game as: any game that relies on 95% of its revenue from ad monetization. Generating profits from any ad network, offer wall or affiliate scheme – anything not directly paid for by the gamer. HyperCasual games are truly free to play, you pay with your time and eyeballs when you watch an ad, but you’re never asked, forced or limited by gameplay by your inability to purchase a currency or speed up a timer.

The very best games blend the ad experience and mechanics together and create fast, simple games that appeal to the broadest audience of players.

We worked with AppMagic who are an app store revenue and download estimator to assess the growth and proliferation of HyperCasual games.  They have been tracking the charts of 47 app stores around the world and manually analysing and classifying Top 100 games into genres. Over that time they have tagged 1300+ games and estimated their overall downloads worldwide. Although having precise numbers can only be achieved if you own the app yourself, estimations provide very reliable trend analysis and it will be these trends we look at.

The chart above shows the estimated monthly downloads for the biggest HyperCasual titles from 2015-2019. There are some games that fall into both Casual and HyperCasual as they may have been iterated on with deeper mechanics, but the trend is clear. Year on year there were more and more games that grew primarily via the ad-driven model.

The total quantity of hypercasual apps has been increasing at a fairly predictable rate and competition in the sector has grown. Overall the sector itself still supports 6 times as many titles as back in 2015, from 100million per month to 600 million downloads per month in 2019. The very best titles can rack up around 50 million installs in a single month, but most top titles do closer to 10 million. A large bundle of titles can see 1 million per month quite regularly.

The trend of new game releases that break into the Top 100 clearly articulates that rapid growth phase of 2018. However, we seem to have reached a peak. By the middle of 2019 almost 80 new releases featured in the Top 100 most downloaded around the world, but this is now in decline.  This points towards new games needing more development and more testing before scaling and becomes riskier for publishers.

Competition is fierce in 2020

Although the market has grown steadily and big hits continue to maintain performance, the publishing model has become fierce. Where Voodoo once clearly dominated, they now share the space with 3 other key rivals: Lion Studios, Say Games and Crazy Labs, often trading top spot on certain weeks. The middle ground has also grown, with 42 publishers from around the world who each drove more than 10 million worldwide downloads in January 2020.

This shows overall sector health, but competition burns cash and this will be having significant effects on the bottom lines and sustainability of the model in general. Success is always in the eye of the beholder and although it’s become much tougher at the top there are more companies that have created sustainable, growing businesses in the HyperCasual sector.

2018 was often talked about as the boom when HyperCasual appeared and dominated the charts, however, 2019 was the year that HyperCasual stuck. More games than ever were able to sustain and retain a top 10 position for at least 15 days in a month in the US.

Although the number of titles that can sustain has flattened, it’s still a healthy 5-10 games in a single month that stick in the download charts. We can also be fairly sure that most of these games were new releases due to the lifecycle of a HyperCasual being very short. Across 2019 alone 87 new titles managed to break into and hold a place in the top 10 for half a month, a factor of 10x higher than any other genre. This gives confidence as creating new novel titles as a smaller dev studio or partnered with a publisher can be achieved. Rank and sustain of rank do come at a cost. The actual return on investment for these games is unknown, due to large marketing spends, but one would hope this was profitable for each game.

Expanding the view point to the TTop 100, we can see that 2019 continued to be a year of dominance for the HyperCasual space with almost 1 in 5 games in the charts attributing their business model to Ad View monetization. The sector continued to grow and hold apart from a large blip when Google removed many thousands of apps for breaking their terms of service, but publishers quickly fixed and resubmitted these games.

With all these upward trends why is it that HyperCasual falling out of favor? Many believe that the simplicity of these mechanics cannot sustain, that the need to grow LTV will lead to deeper meta-games and features. I don’t see that as the case. I feel that most of these predictions still see HyperCasual as a genre and not as a business model. To be successful in this field you must embrace that business model on a deeper level and understand what makes players interact with the ads and stick in your games:

I don’t predict a drop in the number of titles in the Top 100, yet I also don’t believe there will be an increase. The interesting change will be whether the apps present in the top 100 will be new or will be older more established titles. Can companies create even longer sustain for their best games?

#2 – Niches and Mechanics will combine further

Predicting what will be the next hit will become even harder. Right now, one of the most popular games on the store is Woodturning by Voodoo which as both genre and idea is novel, unpredictable and niche. 2020 will see even more “is that even a game?” approaches.

A broadening of mechanics to include more progression, goals, idle and social elements will combine with the HyperCasual business model. Any developer who is not focussing on ad views and simplicity will have expensive marketing and won’t be able to grow. Some games will do this very well, others will fail miserably. The costs in time and development skills will rise.

#3 – Ad Monetization must get smarter and more native

The biggest issue in the genre isn’t the games, it’s the ad units. Quite simply they suck, they don’t allow for smoothness, beautiful transitions, different sizes, timings or formats to fit into the game experience. Ad networks will get smarter but they need to work with game developers to build ad tech to support the genre. HyperCasual ads will feel more and more native. Playable ads do so well because they encourage the user to enjoy the time away from the main game. Any ad network that thinks about the player interactions and experience, specifically in terms of how HyperCasual ads are used, will create games that retain for longer while still seeing high clicks and conversions. 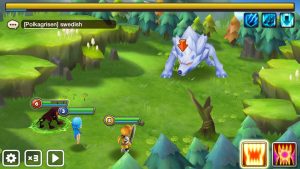 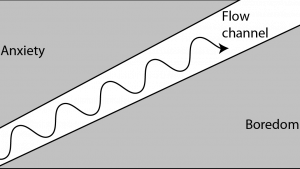