Virtual Economy design and balancing has become one of the most important skills of a game designer over the last decade.

This change of importance is because games no longer just need to last 10-20 hours of gameplay, but now need to last years. Economies are the key to making scaleable systems. As a economy designer, it is your responsibility to ensure that the currencies involved in your game are always tight: are always sought by a player.

Inflation is the enemy of an economy designer. Avoiding inflation and managing sources and sinks are a key job for game designers in free to play. There are two main problems that arise from a currency that is too abundant:

We cover the art of scaling an economy and managing inflation in the following articles:

To master the dark art of economy design, the first step is to be familiar with Excel or other Spreadsheeting software. Ensure you know how to:

Beyond knowing the hard skills of Excel comes the hard part of understanding when and how to create new currencies, new mechanics, and predicting what will happen to games when you’ve adjusted these parameters.

There are many types of currencies, and this vastly differs from game to game. Being able to play and break down competitors’ games and their economies is important to understanding how you can improve your own game. Read on for how we’ve broken down some of the best performing economies on mobile today:

For more about creating economies and balancing, read on: 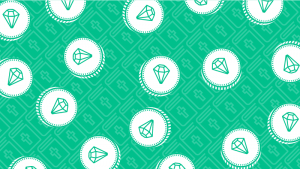 How to Design Loot Boxes and Gacha Systems