When freemium games started being successful in the late 2000s, the industry began to search for new job roles. Roles that are focussed on understanding data on in-game player behavior. New jobs like business performance manager, data scientist, data analyst and business intelligence manager were created. Initially, there were no tools and standards, but as the industry matured, so did the practices. Now there is a relatively standardized understanding of what it means to be a producer versus a business performance manager versus a data scientist, as well as what good use of in-game data looks like.

I believe in the next few years we will see a similar development for game economy designer jobs: ‘analytical game designers’ who work with simulations and support lead designers in iterating on the key game systems.

Building successful freemium games includes a very special type of challenge: creating systems that engage players for years and that allow for very deep monetization. All the revenue of a freemium game comes from the slow trickle of small in-game purchases made by a small fraction of the playerbase. This makes it necessary for freemium games to retain players for a long time and avoid putting too low a cap on how much spenders can pay.

In order to achieve a long lifetime, freemium games are built so that players can set strong (short-, medium-, and long-term) goals for themselves. They are then tuned to gradually provide players with a sense of “progression” towards these goals for an experience that can last for years. This generally translates into a need for a lot of “content,” be it new levels, new items, or generally new “things” to get in the game. Now, since most spend in freemium games comes from players who want to accelerate their progression, and since as we said it is important to avoid putting a low cap on how much spenders can spend, this need for “content” is multiplied.

The solution to this type of problem often cannot just be “create more content.” Production of good quality “content” can be both expensive and time-consuming, and that has to be factored in the cost of maintaining a live game. In the case of mobile games, developers also need to keep in mind that there are device limitations in terms of loading times and even disk space in case they want to support old devices.

This pressure on “content” makes freemium system building one of the most difficult and interesting challenges in game development.

It is important to look at this “content” dynamic explicitly and in detail before launching a game. There have been a few examples of beautiful, innovative, IP-powered games that have burst into players’ attention (and into the Top Downloads and Top Grossing charts), only to then disappear just a few months later. Not having enough progression or spending depth impeded these titles from becoming new runaway successes.

Furthermore, work on those systems is also best done early in the development process. Mobile games have become big production efforts, with teams of dozens of people. Once a game team becomes that big, two things hinder fast or successful pivots:

The problem with reviewing game systems

The issue with trying to review game systems early in the development process is that freemium game systems are both very complicated and abstract. Game system reviews typically happen via conversations and presentations, and sometimes with some high-level prototypes, but those tools are not fit to describe and analyze “content” problems in-depth. Different people are likely to interpret the same presentation or the same words in different ways, and without looking into this in detail, there is the risk of moving to production games lacking a solid plan.

Game economy designers at King are “analytical game designers” who look at games as machines and partner with the lead designer on a game title to transform a vision and a desired player experience into mechanics and parameters. They build simulations of the game mechanics and find answers to questions like, “How long will players need to complete a game?” or “How deep can monetization be in this game?”

Having a game economy designer working in a game team early in the development process allows for the game team to iterate much faster on game systems, months before having these systems implemented in game. A game can then move in production with confidence that enough “content” will be available to allow for years of play and for enough monetization depth.

For example, in order to accelerate our iterations on the development of a gear system in an RPG, one of our economy designers developed a small simulator in Python (our preferred language for economy design).

The tool encoded all the mechanics related to the gear system (item drops, gear progression, gacha system). A designer could interact with it and simulate the progression in the game without going through the core mechanics of the gameplay.

This allowed exploring the long-term state of players in a matter of minutes, rather than days or weeks. The project could therefore quickly iterate on different variations on the design of the gear system and eliminate solutions that would have given a poor long-term player experience.

Simulation is a valuable tool for casual games as well. In one of our latest casual games, players receive many of their rewards through (non-purchasable) mystery boxes. The inherent randomness in the boxes combined with variable progression speeds, skill levels, and play frequencies of players makes it hard to calculate how many rewards players get and when they get them.

In a game as big as a popular casual game, giving a bad experience to “a small percentage of players” could mean impacting millions, so having more control over the player experience becomes very valuable.

The mobile gaming industry is still developing. The level of innovation to become a top title is as high as ever before, high quality is a minimum requirement and time to market is critical. To respond to these demands, gaming companies are trying to multiply their attempts at making successful games and are increasing the size of the teams once the games move to production. The more these trends will continue, the stronger the need will be to validate project investments early on, and the more there will be a need for game economy designers.

The discipline is young, with tools and practices still to be discovered, but the potential value to be created in this space is great, and I am convinced that we will have more and more A simulation specialists in this role.

If you’re interested in working with King on Economy design, take a look at their jobs board here. 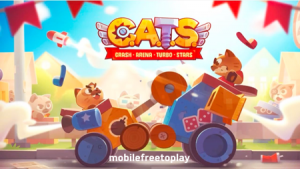 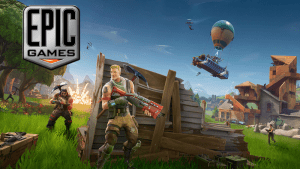 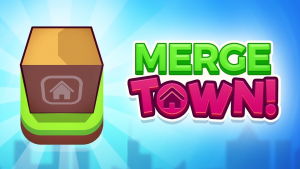